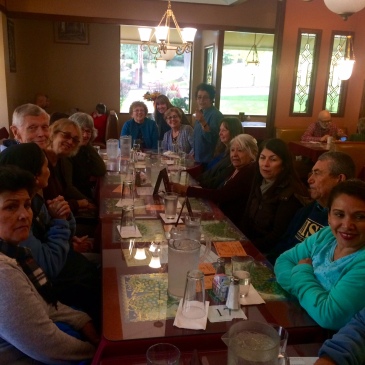 Following are highlights of the fifty (50) years that Oregon-Costa Rica Partners of the Americas has been in existence.  Looking back, a lot has happened!  This page will be updated continually to ensure more recent events and activities are documented, so stop back often!  (Note: The picture above is of the farewell dinner at Namaste Restaurant for the September, 2016 Tico Week in Portland.)

This site uses Akismet to reduce spam. Learn how your comment data is processed.